T20 World Cup: “Mohali was my best, but I will rate this higher” says Virat Kohli 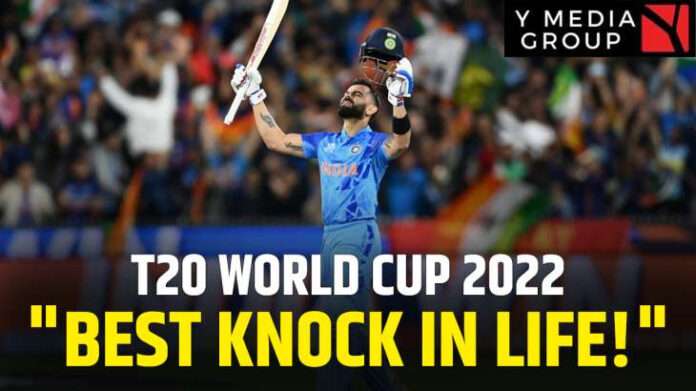 The India vs Pakistan Super 12 match witnessed one of the most jaw-dropping matches in the history of Cricket. The two sides displayed some other level of cricket in front of almost 1 lakh people at the Melbourne Cricket Ground. It was Virat Kohli, who played a mind-blowing knock and took India to an unbelievable victory.

The Indian side was reeling down at 31/4 in 6.1 overs and it looked like it was all over for India. But the chase maestro, the legendary batter Virat Kohli had some other plans. With their back against the wall, Kohli and Hardik Pandya combined to build a partnership to cherish forever. Kohli’s unbeaten 82 took India to clinch the contest in the final over. After the match, Virat Kohli was full of emotions and so were his teammates. The fans roared and Virat acknowledged them. The 33-year-old went on to state that this was the best innings he has ever played.

“It’s a surreal atmosphere, I have no words, no idea how that happened. I am really lost for words. Hardik believed we can do it if we stayed till the end. Till today Mohali was my best innings against Australia. Today I will count this one higher,” Virat said after taking India to the victory line.

India were up to a mammoth task when they were at 45/4 after 10 overs. The required run rate kept increasing and India needed to do some lion’s work. Kohli opened on the innings too.