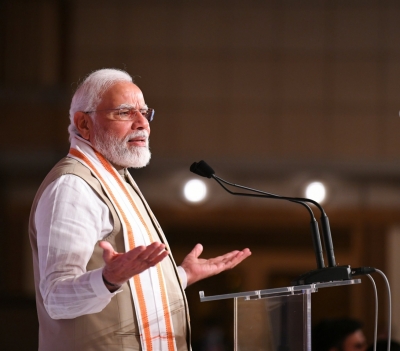 Addressing over 700 members of the Indian diaspora in Tokyo, the Prime Minister appreciated the Indian community members for their skill, talent and entrepreneurship and their connect with the motherland.

Highlighting the various socio-economic developments and reform initiatives taken in India in recent years, he said that these reforms have been taken particularly in the domains of infrastructure, governance, green growth, and digital revolution.

Before the event, Modi met Japanese indologists, sportspersons, and cultural artistes who are contributing to promoting cultural and people-to-people exchanges between India and Japan.

He also met the Pravasi Bharatiya Samman Awardees in Japan.

The Indian diaspora in Japan is estimated to be over 40,000.

Modi arrived in Tokyo on Monday morning on a two-day visit on the invitation of Japanese Prime Minister Fumio Kishida. He is scheduled to participate in the third Quad Leaders’ Summit in Tokyo on May 24 along with other Quad members.

The Prime Minister will also hold a bilateral meeting with Fumio Kishida on May 24.