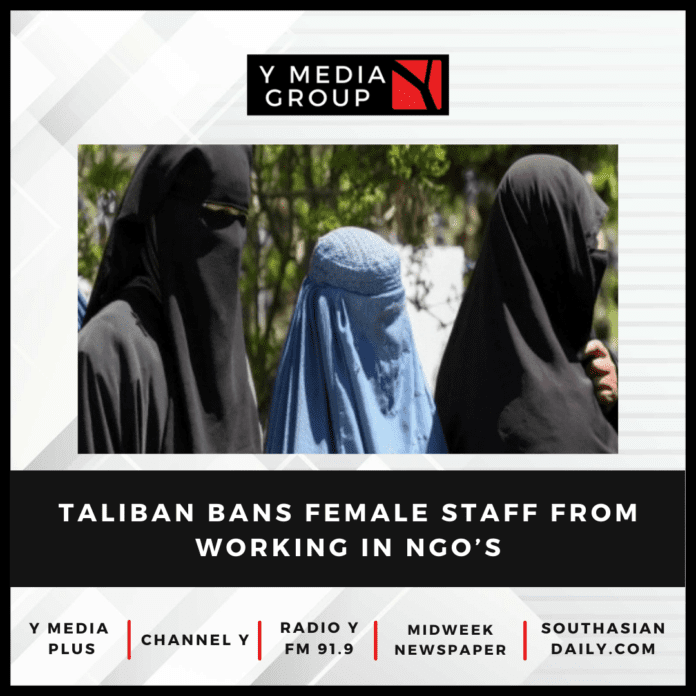 Afghanistan’s Taliban run administration has banned women from working in non-governmental organisations (NGOs), a move that has drawn condemnation from the UN, human rights organisations and fairer sex in particular.

The Ministry of Economy on Saturday shot off a letter to national and international NGOs to sack the female staff, failing which it will cancel their licence, Tolo News reported.

The administration said that the move has come as female NGO staff had broken dress codes by not wearing hijabs.

US Secretary of State Antony Blinken criticised the move, saying it would be “devastating for the Afghan people” and “will disrupt vital and life-saving assistance to millions”, The BBC reported.

“Women are central to humanitarian operations around the world. This decision could be devastating for the Afghan people,” Mr Blinken said.

A UN official termed it as a “clear breach of humanitarian principles” .

Taking to Twitter, Amnesty International posted: “the Taliban Ministry of Economy suspending all female employees of national and international NGOs in Afghanistan is yet another deplorable attempt to erase women from the political, social and economic spaces.”

Earlier, the administration had banned female students from universities.