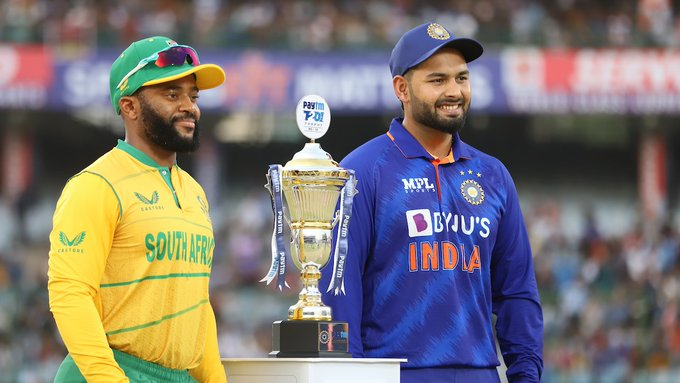 Indian and South African cricketers on Friday arrived in Bhubaneswar for their second T20I match to be played at Barabati stadium in Cuttack on June 12.

Hundreds of cricket lovers gathered at the airport and along their route to get a glimpse of the Indian players.

After arrival at the hotel, a traditional welcome was given to Indian and South African cricketers. Officials of the Odisha Cricket Association (OCA) including president Pankaj Lochan Mohanty have also welcomed the cricket stars.

“Today both the teams have arrived in Bhubaneswar. After having lunch, they will take a rest today. Both the teams will go for net practice tomorrow,” Mohanty said.

“If in case of rain, the entire ground will be ready for the match within half an hour. We have procured full ground cover, two super soakers and hired skilled technical manpower to drain out water,” said the OCA president.

Earlier in the day, Odisha DGP Sunil Bansal and other senior police officials took stock of the security arrangements at the ground. Bansal said that necessary arrangements for the match had started one month back by holding coordination meetings with all the stakeholders.

“All security arrangements have been made for the match. Mock drills have also been conducted. The spectators should come and watch the match in peace for which their coordination is also needed,” said DGP.

The T20I match at Barabati will be the second one of the ongoing five-match bilateral series. India lost to South Africa in the first match of the series held on Thursday in New Delhi.