Tom Cruise In New ‘Mission: Impossible’ Promo: Thank You For Allowing Us To Entertain You 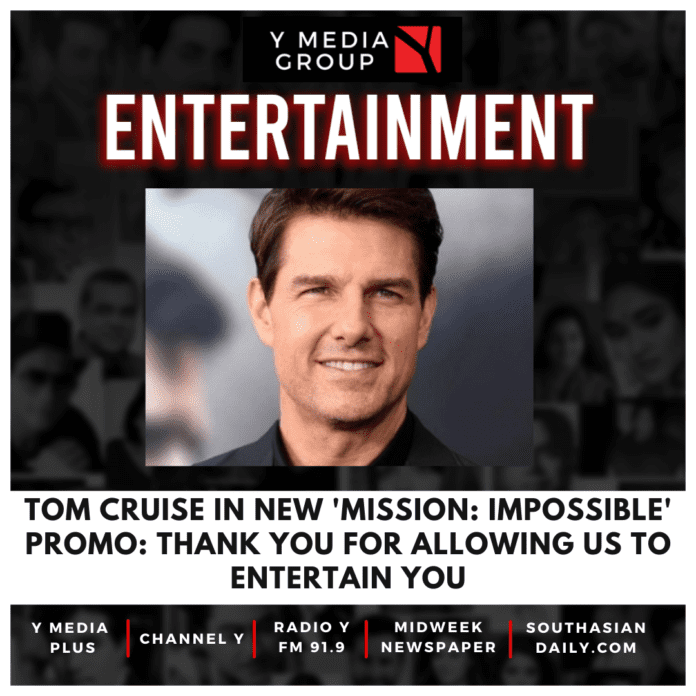 Hollywood star Tom Cruise has once again jumped out of a plane but this time to deliver another thank you to fans of ‘Top Gun: Maverick’ while hurtling through the troposphere.

“Hey everyone, here we are over stunning South Africa, and we’re filming ‘Mission: Impossible – Dead Reckoning’ parts one and two,” Cruise yells to a camera over the blaring ambient sound of an aircraft whirring, reports ‘Variety’.

“I didn’t want the year to end without thanking you all for coming out to the theaters, and thank you for supporting ‘Top Gun: Maverick’.”

A little over 20 seconds in, the camera pans to reveal Christopher McQuarrie, who returns to the ‘Mission: Impossible’ series to helm ‘Dead Reckoning’.

McQuarrie also thanked fans of the ‘Top Gun’ franchise before turning his focus back to Cruise: “Hey, listen, we really have got to roll. We’ve got to get this shot.”

Cruise grins, nonchalantly points a finger gun at McQuarrie before promptly jumping out of the aircraft — alongside a cameraman, presumably. With his full body extended into a starfish position to brace against the air resistance, Cruise brings his attention back to the camera and resumes his speech.

“As always, thank you for allowing us to entertain you. It truly is the honor of a lifetime. I’m running out of altitude, so I’ve got to get back to work. We’ve got to get this shot. You have a very safe and happy holiday. We’ll see you at the movies,” Cruise concludes, before being whisked away in a wind current toward the ocean.

The official trailer sees Cruise in a number of action-packed sequences, like a nightclub fistfight, a chase atop a moving train and, of course, lots of falling.

Share
Facebook
Twitter
Pinterest
WhatsApp
Previous article
‘Avatar: The Way Of Water’ Ost Featuring The Weeknd Out On Dec 20
Next article
Deepika Padukone Trolled Over FIFA World Cup 2022 Outfit; Fans Ask ‘Why Is She In A Bag?’