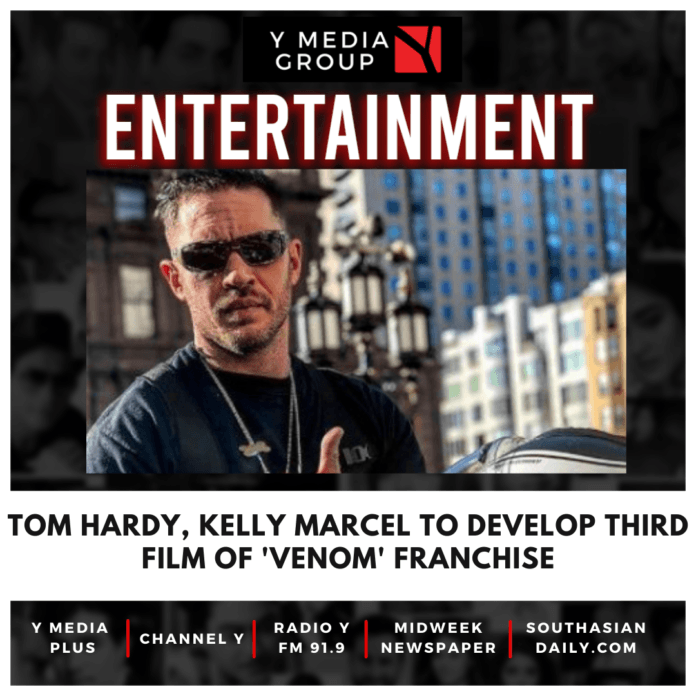 Kelly Marcel, who served as the writer and producer on the first two parts of the anti-hero movie ‘Venom’, is set to take the director’s chair for the third instalment of the franchise.

The film will also star the franchise regular Tom Hardy in the titular role, reports ‘Deadline’. Marcel and Hardy will also produce, with Marcel writing the screenplay from a story developed by Marcel and Hardy.

According to ‘Deadline’, plot details are under wraps but it’s certain that Hardy will return as the lethal protector Venom following the first two films grossing a combined $1.36 billion worldwide at the box office.

The first two films had their own director, with Ruben Fleischer directing the first and Andy Serkis helming the most recent pic, but Marcel has been there from the start as Venom’s journey was being mapped out.

‘Deadline’ insiders say Hardy and Marcel have always been on the same page when it comes to shaping Venom’s story, and that heading into the final chapter the two were in step with what direction they wanted to head.

Hardy announced on his social media channels earlier this year that Marcel was back at work on the script, and as the two were developing the story, sources say it became clear that it made sense for Marcel to take over directing duties as well.