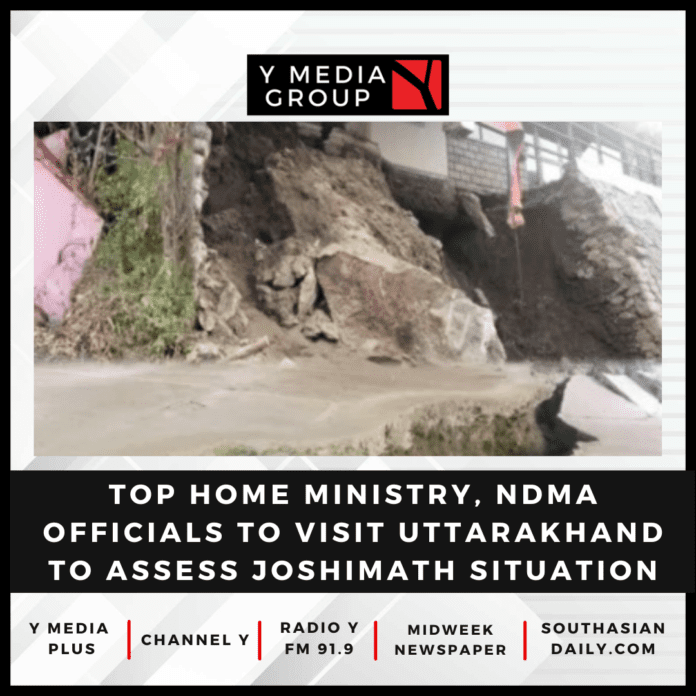 Top officials from the Union Home Ministry and members of the National Disaster Management Authority (NDMA) will visit Joshimath town in Uttarakhand on Monday to assess the situation, amid rising concerns of land sinking there.

This was decided after a review meeting was held on Sunday by the Prime Minister’s Office (PMO) over the land subsidence being faced by the people in Joshimath, raising fears of the town sinking under its own weight.

It was decided in the meeting, which was conducted by Principal Secretary to the Prime Minister, P.K. Mishra and Cabinet Secretary Rajiv Gauba, that Secretary, Border Management in the Home Ministry and NDMA members would visit Uttarakhand to assess the situation there.

It was informed in the meeting that one team of NDRF and four teams of SDRF have already reached Joshimath, and affected families are being shifted to safe locations, sources said.

Prime Minister Narendra Modi is learnt to have spoken to Uttarakhand Chief Minister Pushkar Singh Dhami and offered all assistance in relief and rehabilitation work.