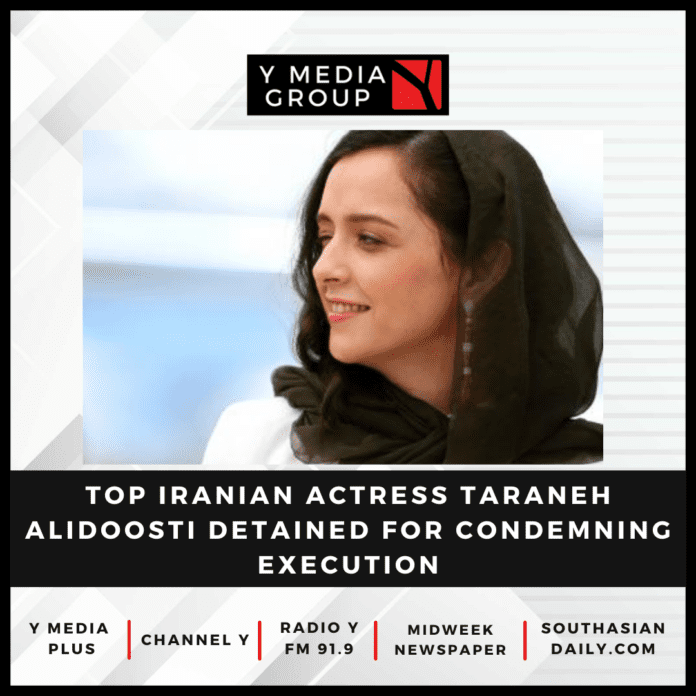 Iranian actress Taraneh Alidoosti has been detained on charges of “spreading falsehoods” regarding the country’s ongoing protest movement.

The BBC reported that Alidoosti condemned the country’s recent execution of Mohsen Shekari for his involvement in protests. The actor made her statements through a now-deleted post on Instagram, reports Variety.

“His name was Mohsen Shekari. Every international organisation who is watching this bloodshed and not taking action is a disgrace to humanity,” Alidoosti wrote.

The actor was arrested after being unable to produce “any documents in line with her claims,” according to state media. Alidoosti’s Instagram account, which possessed about eight million followers, has since been taken down.

Variety reports that Shekari was hanged earlier this month after being accused of blocking a main road in Tehran and wounding a military officer with a machete. Shekari was found guilty by a Revolutionary Court of fighting and drawing a weapon “with the intention of killing, causing terror and disturbing the order and security of society.”

He appealed the verdict, but it was ultimately upheld. The time from arrest to execution totalled two and a half months — a brisk series of events that has alarmed groups like Iran Human Rights and Amnesty International.

Variety adds that Alidoosti has emerged as one of the faces of Iranian cinema. She starred in Asghar Farhadi’s 2016 drama ‘The Salesman’, which won the Oscar for best international feature. This year, she was a high-profile guest at the Cannes Film Festival, promoting her new film ‘Leila’s Brothers’ directed by Saeed Roustayi.

Iran has been rocked by widespread demonstrations since September, when 22-year-old Masha Amini died while in custody of morality police. Amini was detained for allegedly not wearing a hijab properly.

Alidoosti is not the first member of the country’s film community to be arrested for expressing solidarity with the protest movement. Two other female actors, Hengameh Ghaziani and Katayoun Riahi, were arrested on separate occasions in November.