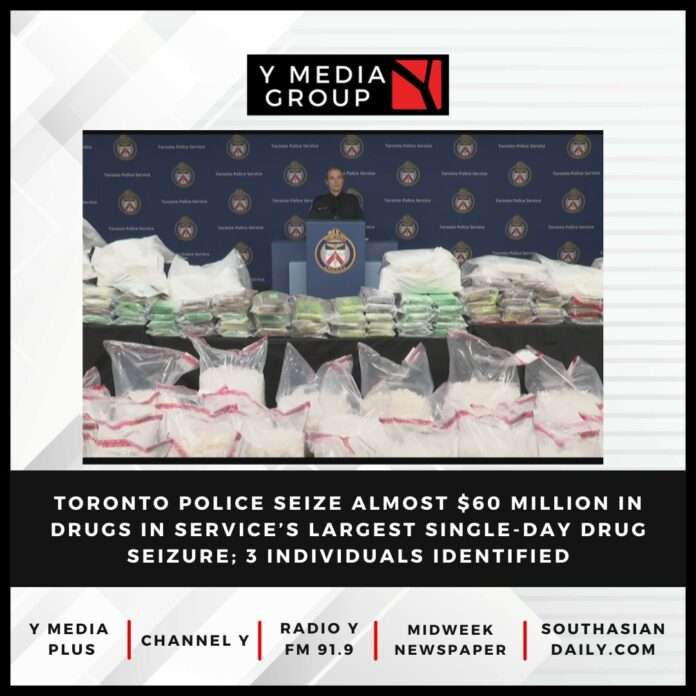 The Toronto Police Service has seized 671 kilograms of illicit drugs – 520 kilos of crystal methamphetamine and 151 kilos of cocaine – in the largest single-day drug seizure in the Service’s history.

At a news conference, Deputy Chief Pauline Gray of Specialized Operations and Mandeep Mann, Unit Commander of the Drug Squad, updated the media on the seizure that has an estimated street value of $58 million.

Toronto Police identified two addresses in Toronto being used as stash houses for illicit drugs. Following a four week long investigation, search warrants were secured for those two addresses, along with three motor vehicles. On October 5, 2022, the drugs were seized during the execution of those search warrants.

Three individuals have been identified in connection with the trafficking of these drugs. Once they are arrested, they will be charged with possession of cocaine and crystal methamphetamine for the purposes of trafficking, and their names will be released.