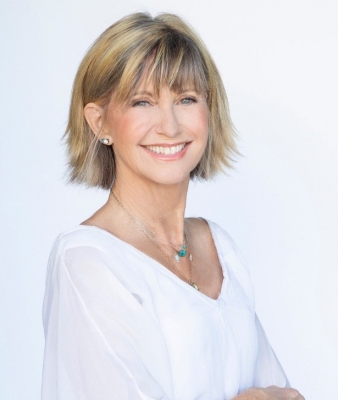 Tributes have been pouring in from around the world to ‘Grease’ star Olivia Newton-John, who died from cancer aged 73.

The British-born Australian singer and actress was best known for playing Sandy in ‘Grease’, one of the most successful film musicals ever made, reports the BBC.

Her co-star John Travolta said she “made all of our lives so much better” while its director said: “What you see is what you get with her.”

She died peacefully at her California ranch surrounded by family and friends.

The musical was the biggest box-office hit of 1978, and gave Newton-John three huge hit singles, including ‘You’re The One That I Want’ and ‘Summer Nights’, both performed with Travolta.

And it was a catalyst for change in both her image and her musical direction, shedding her innocent, country-pop image.

Following the news of her death, scores of fans as well as famous figures from the world of entertainment began to share heartfelt messages and memories.

Singer Rod Stewart called her “the perfect lady, gorgeous, with great poise and with a certain Aussie sophistication”.

“Her spandex trousers in Grease were my inspiration for my ‘Da ya think I’m Sexy’ era,” he added, referencing the iconic tight, black leather outfit that she wore at the film’s end.

She added: “Here’s to the good times.”

Travolta wrote on Instagram: “Your impact was incredible. I love you so much. We will see you down the road and we will all be together again.”

“Yours from the first moment I saw you and forever!” he added, signing off: “Your Danny, your John!”

The film’s director Randal Kleiser said he had been friends with Newton-John for 40 years and “she never changed, she was always exactly the way everyone imagines her”.

“She was charming, lovely, warm… There are so many cliches you can say about her but in her case it was all true.”

Oscar-winning actress Marlee Matlin, who co-starred alongside Newton-John in the 1996 film ‘It’s My Party’, called her “the sweetest and brightest light” in a Twitter tribute.

Newton-John was first diagnosed with cancer in 1992 and went on to become a leading advocate for cancer research. Her charity, the Olivia Newton John Foundation, has raised millions of pounds to support research.

In a statement posted to her social media channels, Newton-John’s husband John Easterling said she had died on Monday as he hailed her as “a symbol of triumphs and hope for over 30 years sharing her journey with breast cancer”.

“Her healing inspiration and pioneering experience with plant medicine continues with the Olivia Newton-John Foundation Fund, dedicated to researching plant medicine and cancer.”

Her father had been a British spy during World War Two. Her mother was the daughter of the German Nobel laureate, Max Born, and had fled with her family when the Nazis came to power in 1933. The family moved to Australia in 1954, where she was raised.

In 2019 she diagnosed with breast cancer for the third time.