Uber partners with Cartken to use sidewalk robots for food deliveries 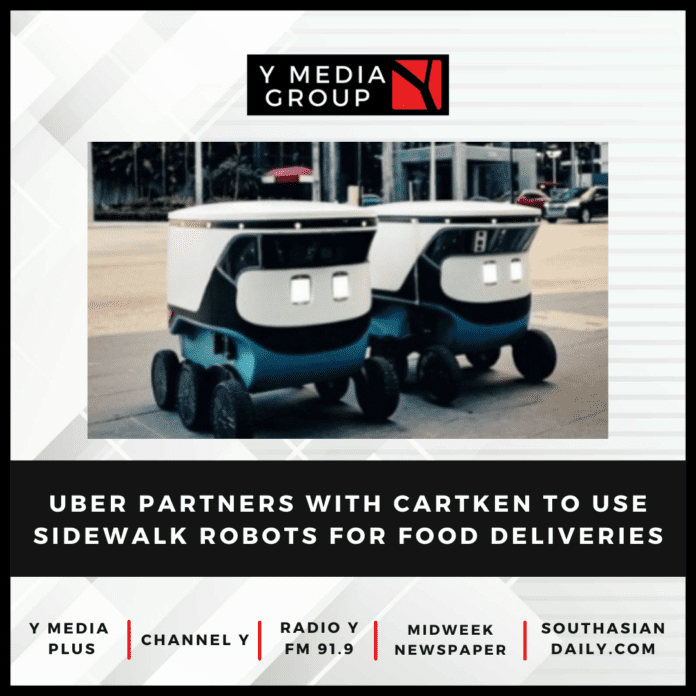 Ride-hailing major Uber has partnered with the US-based robotics company, Cartken, which will provide sidewalk robots to its subsidiary, Uber Eats, to deliver food.

According to The Verge, the company will be getting six-wheeled delivery robots, developed by a team of former Google engineers, mostly known for deploying their vehicles on college campuses.

Cartken’s robots are electric, with a trunk that can hold nearly two dozen pounds of cargo, and embedded cameras that can detect obstacles and direct them to their destination, according to the report.

The report also mentioned that the robots have a delivery radius of several miles, but they only travel slightly faster than walking and they cannot climb stairs so they may not be as appealing to people living in multi-storeyed houses.

With this, Uber has now returned to the game of robotaxis after it sold its struggling autonomous vehicle business to the US-based Aurora Innovations in 2020.

The companies said they will strategically deploy the service in cities across the US, with the first trips expected to start later this year.