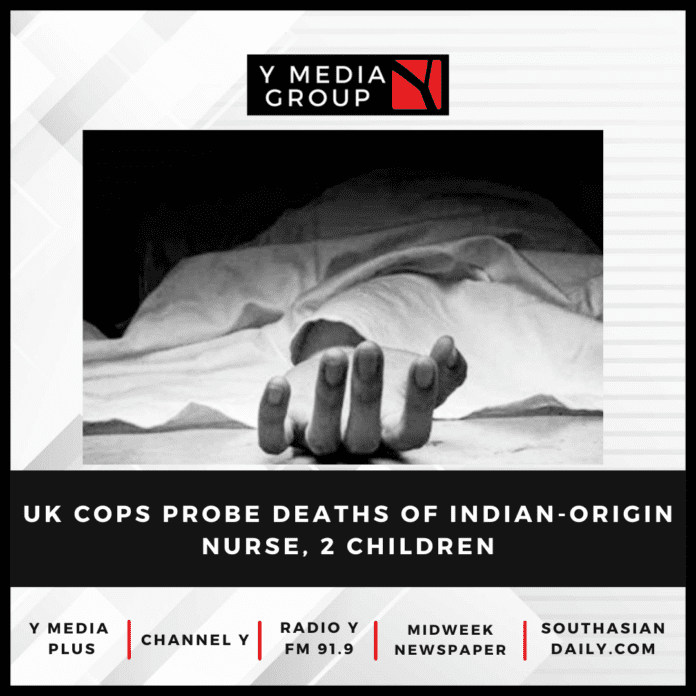 The police in UK launched a murder investigation after an Indian-origin nurse and her two children died at their home in the Northampton region of eastern England.

Anju Asok, 35, a staff nurse at Kettering General Hospital, and her two children aged 6 and 4 years, were found with serious injuries in the Petherton Court area at 11.15 a.m. on Thursday, police said.

While the woman died on the spot, the two children succumbed to injuries in the hospital.

A 52-year-old man, arrested on suspicion of murder, continues to be questioned by the police in connection with the case, a media release by the Northamptonshire Police stated.

“We continue to work around the clock in order to progress this investigation and establish the timeline of events which led to these tragic deaths,” Senior Investigating Officer, Detective Inspector Simon Barnes, said in a statement.

Barnes informed that forensic post-mortem examinations will be taking place on Friday as well as on Saturday.

“Our Neighbourhood Policing Team continue to be on patrol in the Petherton Court area today to offer reassurance to local residents.”

With the investigators continuing to process the scene of the murder, local residents will see an increased police presence, the police statement informed.

“We remain committed in seeking justice for Anju… and although we are not seeking anyone else in connection with their deaths, I would still encourage anyone with any information to contact us, either by calling 101 or by calling Crimestoppers anonymously on 0800 555111,” Barnes said.

Kettering General Hospital Chief Executive Deborah Needham said: “Anju Asok was an internationally trained nurse who joined our KGH family in 2021 and predominantly worked on Barnwell B – one of our Orthopaedic wards”.

Needham said that Anju was a “committed and compassionate staff nurse, who was loved and respected by her dear friends and colleagues”.