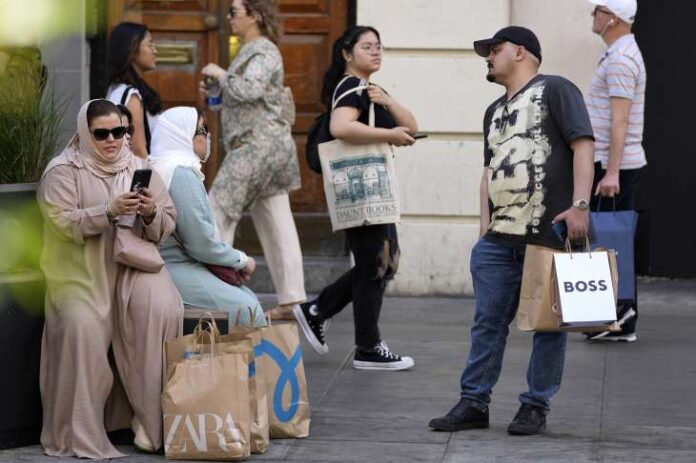 The United Kingdom’s economy shrank in the three months to June, figures released Friday showed — a smaller-than-expected contraction that nevertheless added to jitters about the rocky months ahead.

The Office for National Statistics said Britain’s gross domestic product fell by 0.1% between April and June, down from 0.8% growth in the previous quarter. GDP shrank by 0.6% in June, and growth estimates for May were revised down from 0.5% to 0.4%.

The statistics office said health spending was the biggest contributor to the fall, as the government scaled down coronavirus testing, contact tracing and vaccination programs.

“Many retailers also had a tough quarter,” said ONS director of economic statistics Darren Morgan. “These were partially offset by growth in hotels, bars, hairdressers and outdoor events across the quarter,” partly as a result of celebrations of Queen Elizabeth II’s Platinum Jubilee in June.

Analysts said the decline did not necessarily mean the start of a recession, often defined as two quarters of economic contraction. The Bank of England, however, says the U.K. will likely fall into recession later this year as a cost-of-living crisis worsens and inflation rises above the current 9.4%.

The average U.K. household fuel bill has risen more than 50% this year as the war in Ukraine squeezes global oil and natural gas supplies, and another increase is due in October, when the average’s bill is forecast to hit 3,500 pounds ($4,300) a year.