Ukraine has won the battle of Kharkiv, say analysts 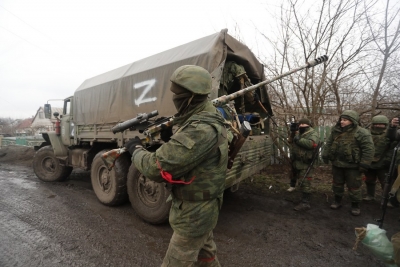 Ukrainian forces “appear to have won the battle of Kharkiv”, according to a US defence thinktank, in what appears to be their fastest advance since Russian troops pulled away from Kiev and the north-east over a month ago, The Guardian reported.

In another apparent setback to Vladimir Putin’s war aims, analysts said on Saturday that Russian units had not attempted to hold their lines against counterattacking Ukrainian troops around the city.

Kharkiv, Ukraine’s second-largest city and only 31 miles (50 km) from the Russian border, has been under enemy bombardment since the war began in February.

But the US-based Institute for the Study of War said in its latest assessment of the conflict that the Russians appeared to be dropping back and aimed to replace their own troops with proxy forces or mercenaries, The Guardian reported.

“Ukraine thus appears to have won the battle of Kharkiv. Ukrainian forces prevented Russian troops from encircling, let alone seizing Kharkiv, and then expelled them from around the city, as they did to Russian forces attempting to seize Kiev,” the institute said.

Russian units had “generally not attempted to hold ground against counterattacking Ukrainian forces over the past several days, with a few exceptions”.

“Reports from western officials and a video from an officer of the Donetsk People’s Republic (DNR) indicate that Moscow is focused on conducting an orderly withdrawal and prioritizing getting Russians back home before allowing proxy forces to enter Russia rather than trying to hold its positions near the city.”