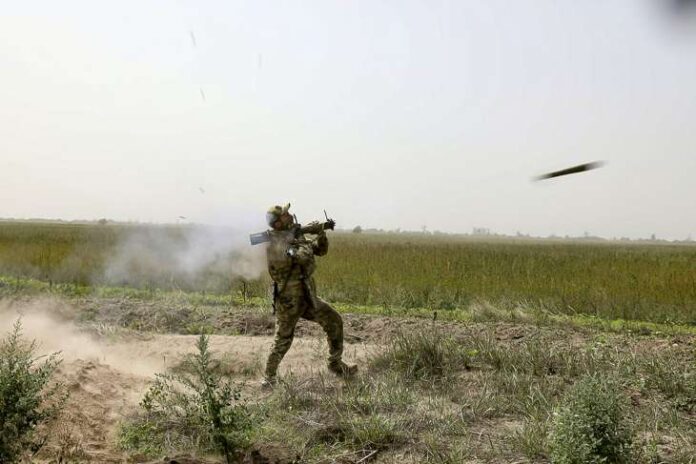 Ukrainian troops on Sunday successfully pressed their swift counteroffensive in the northeastern part of the country, even as a nuclear power plant in the Russia-occupied south completely shut down in a bid to prevent a radiation disaster as fighting raged nearby.

Kyiv’s action to reclaim Russia-occupied areas in the Kharkiv region forced Moscow to withdraw its troops to prevent them from being surrounded, leaving behind significant numbers of weapons and munitions in a hasty retreat as the war marked its 200th day on Sunday.

A jubilant Ukrainian President Volodymyr Zelenskyy mocked the Russians in a video address Saturday night, saying that “the Russian army in these days is demonstrating the best that it can do — showing its back.”

He posted a video of Ukrainian soldiers hoisting the national flag over Chkalovske, another town reclaimed in the counteroffensive.

While most attention was focused on the counteroffensive, Ukraine’s nuclear energy operator said the Zaporizhzhia nuclear power plant, Europe’s largest, was reconnected to Ukraine’s electricity grid, allowing engineers to shut down its last operational reactor to safeguard the plant amid the fighting.

The plant, one of the 10 biggest atomic power stations in the world, has been occupied by Russian forces since the early days of the war. Ukraine and Russia have traded blame for shelling around it.

Since a Sept. 5 fire caused by shelling knocked the plant off transmission lines, the reactor was powering crucial safety equipment in so-called “island mode” — an unreliable regime that left the plant increasingly vulnerable to a potential nuclear accident.