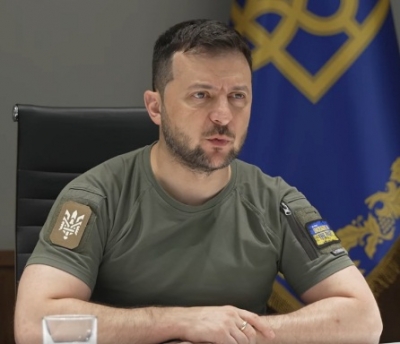 Ukrainian President Volodymyr Zelensky said that about 30 soldiers were dying on the frontline everyday now, a significant reduction since the peak of the ongoing war in May and June when 100-200 troops were killed on a daily basis.

In an interview with The Wall Street Journal, the President said that at the height of the hostilities in May and June, Ukraine was losing 100-200 servicemen per day, but now that number has dropped to 30, with about 250 injured per day, reports Ukrayinska Pravda.

“I can tell you for sure, because I live with this every day,” he asserted.

Zelensky however, refused to reveal Ukraine’s total military losses since the war started on February 24, but said they were several times lower than Russia’s.

He noted that the recent supply of weapons by the US and the Western allies, particularly the HIMARS rocket launcher systems and 155-mm howitzers, has helped to stabilise the situation in the eastern Donbas region.

“Earlier the Russians had been firing 12,000 artillery shells daily against 1-2,000 Ukrainian shells, but now Ukraine can produce about 6,000 shells per day, while Russia is beginning to experience shortages of ammunition and troops,” the President was quoted as saying.

According to Zelensky, this change in the balance of firepower has helped reduce Ukrainian losses.

The President said that the stabilisation of the frontline in Donbas will enable Ukraine to advance in other directions.

However, he refused to discuss where and when Ukraine plans to launch a counter-offensive, Ukrayinska Pravda quoted Zelensky as saying.

Air defence equipment would cost the US and Europe much less than keeping the Ukrainian economy afloat with a monthly budget deficit of $5 billion, the President added.

Earlier, Defence Minister Oleksii Reznikov had said that the Armed Forces of Ukraine suffered their greatest losses in Mayr, when up to 100 soldiers were dying per day, and between 300 and 400 were being wounded.