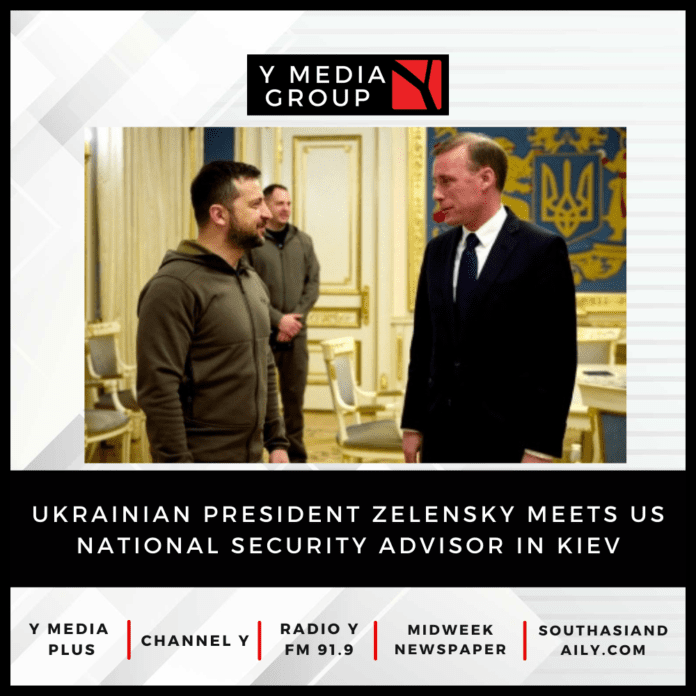 During their meeting on Friday, Zelensky and Sullivan talked about US assistance for Ukraine in the defence sector, and the ways to increase Kiev’s capabilities to protect critical infrastructure, reports Xinhua news agency citing a statement issued by the President’s office as saying.

They also discussed financial and humanitarian support for Ukraine and strengthening sanctions against Russia in the wake of Moscow’s ongoing war against Kiev, the statement said.

The President also presented the NSA with the Order of Prince Yaroslav the Wise of the II degree on “behalf of the entire Ukrainian people for strengthening interstate cooperation, supporting state sovereignty and territorial integrity of Ukraine”.

“I’m grateful to the Advisor for supporting our country in a difficult time for us,” Zelensky said in a social media post.

Earlier in the day, Sullivan met Andriy Yermak, head of the Ukrainian president’s office, and held a conversation via video call with Commander-in-Chief of the Ukrainian Armed Forces Valery Zaluzhny.

The NSA was briefed on the operational situation at the front and the key needs of the Ukrainian army, in particular regarding airspace protection.