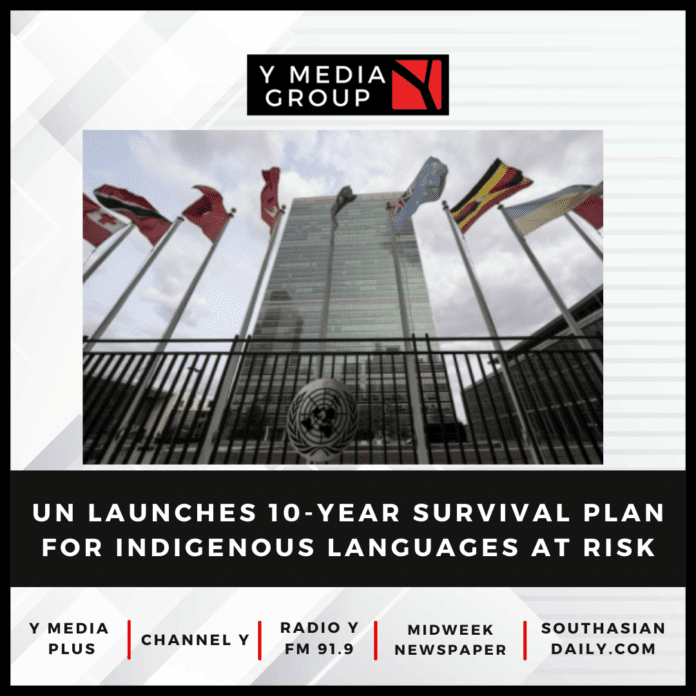 The United Nations launched the ‘International Decade of Indigenous Languages’ to help them survive, and protect them from extinction.

“Preserving their languages is not only important for them, but for all humanity,” UN General Assembly President Csaba Korosi was quoted by Xinhua news agency as saying.

“With each indigenous language that goes extinct, so too goes the thought: the culture, tradition and knowledge it bears. That matters because we are in dire need of a radical transformation in the way we relate to our environment,” he said.

According to the UN Department of Economic and Social Affairs, indigenous people speak more than 4,000 of the world’s roughly 6,700 languages. However, conservative estimates indicate that more than half of all languages will become extinct by the end of this century.

Korosi recently returned from the UN Biodiversity Conference in Montreal and left convinced that “if we are to successfully protect nature, we must listen to indigenous peoples, and we must do so in their own languages.”

Indigenous peoples are guardians to almost 80 percent of the world’s remaining biodiversity, he said, citing data from the UN Food and Agriculture Organization.

“Yet every two weeks, an indigenous language dies,” he said. “This should ring our alarms”.

The General Assembly president urged countries to work with indigenous communities to safeguard their rights, such as access to education and resources in their native languages, and to ensure that they and their knowledge are not exploited.

“And perhaps most importantly, meaningfully consult indigenous peoples, engaging with them in every stage of decision-making processes,” he advised.

“It is at the essence of the identity of its speakers and the collective soul of its peoples. Languages embody the history, culture and traditions of people, and they are dying at an alarming rate,” he warned.

Leonor Zalabata Torres, an Arhuaco woman and Colombia’s UN ambassador, drew applause for her address, delivered partly in Ika, one of 65 indigenous languages spoken in her homeland.

“Language is the expression of wisdom and cultural identity, and the instrument that gives meaning to our daily reality that we inherited from our ancestors,” she said, switching to Spanish.

“Unfortunately, linguistic diversity is at risk, and this has been caused by the dramatic reduction of the use and the accelerated replacement of indigenous languages by the languages of the majority societies.”

Zalabata Torres reported that the Colombian government has emphasised its commitment to putting into practice the 10-year plan for indigenous languages, which is centered around strengthening, recognition, documentation, and revitalisation.