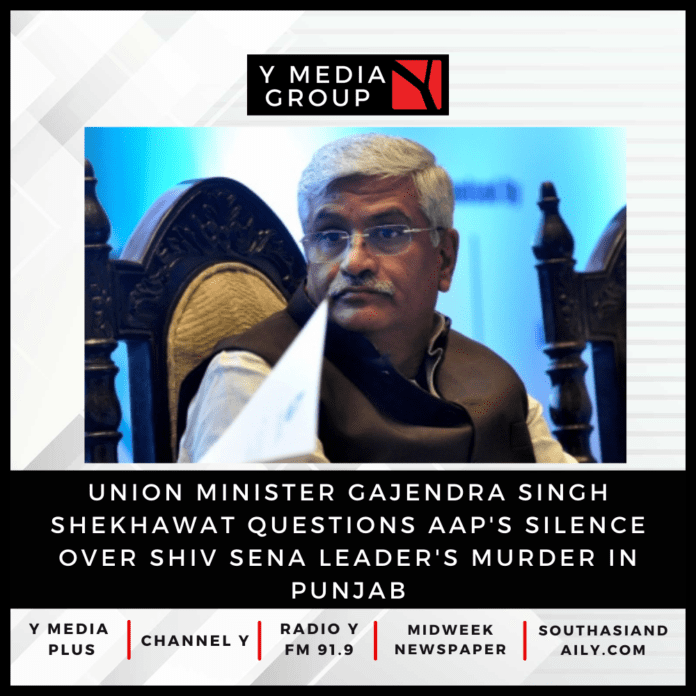 Union Minister Gajendra Singh Shekhawat on Saturday questioned the silence of the Aam Aadmi Party government and its leaders over the brutal killing of Shiv Sena Taksali leader Sudhir Suri in Amritsar on Friday.

“This silence over such a gruesome act amounts to connivance,” he remarked, while pointing out how AAP leaders including Arvind Kejriwal and Bhagwant Mann maintained a silence over this incident which should otherwise have shaken them.

Condemning the brutal and barbaric murder of Suri in Amritsar, Shekhawat said, it was an act of terror aimed at creating a sense of fear among people.

“The incident has actually caused panic and fear among people making them recall the dark days of terror in Punjab in 1980-90,” he said.

Reacting to the killing, Shekhawat remarked: “The worst was feared and worst has happened as the Aam Aadmi Party government has completely abdicated its authority and responsibility to safeguard the life of people in Punjab.”

The union minister said, this was a clear case of targeted killing aimed at not only sabotaging peace in the state, but also instilling a sense of fear among people, for which the AAP government is responsible.

He observed that Suri’s killing is clearly a part of the greater design when viewed in the context of growing activities of anti-national forces in the state and AAP government’s silence on it.

“Your silence amounts to your connivance and we have valid reasons to suspect that,” he told the AAP leadership.

Moreover, he added, the rising anti-India activities in Canada also need to be viewed in the same context.

He said, the government of Canada also must take note of such killings and stop encouraging anti-India activities and propaganda in that country which has ramifications in India.