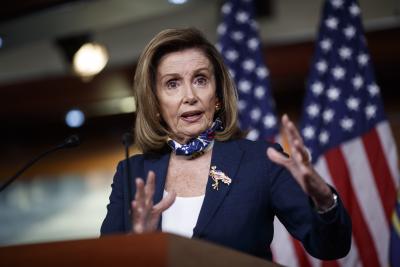 US House Speaker Nancy Pelosi arrived in Taiwan on Tuesday, marking the highest-level visit by a US official in 25 years.

Pelosi’s US Air Force-operated Boeing C-40C landed at Taipei’s Songshan Airport on Tuesday, marking the start of the third — and most controversial — leg of her five-country Asia tour, dpa news agency reported.

Pelosi and her delegation of Democratic party lawmakers were met by Taiwan Foreign Minister Joseph Wu and Sandra Oudkirk, the director of the American Institute in Taiwan, which serves as Washington’s de facto embassy.

Her visit comes despite intense opposition from Beijing, which claims sovereignty over the self-governing island.