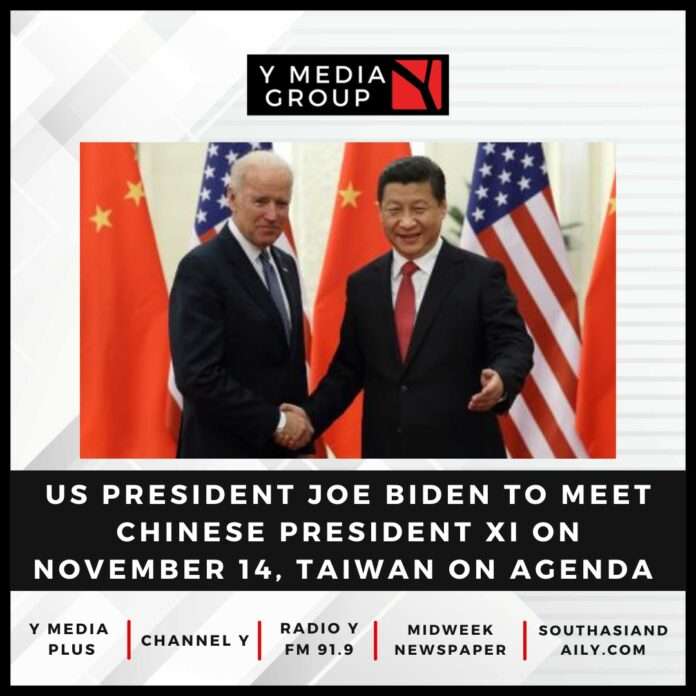 In an address to the media, US President Joe Biden has confirmed that he will meet his Chinese counterpart Xi Jinping on November 14 in Bali during which Taiwan is expected to top the agenda.

The meeting in Bali on the sidelines of the G20 summit will be the first between the two leaders since Biden took office in January 2021, according to the White House.

Referring to when he was Vice President in the former Barack Obama administration, Biden said that he “met with him (Xi) many times…. And I’ve told him: I’m looking for competition, not conflict”.

The President also said he would want to understand from Xi “what each of our red lines are, what he believes to be in the critical national interests of China, what I know to be the critical interests of the US, and to determine whether or not they conflict with one another”.

“And if they do, how to resolve it and how to work it out,” he added.

Tensions soared between the US and China over the Taiwan issue when US House Speaker Nancy Pelosi visited the island in August.

China responded with large scale military exercises around the island.

Unlike previous US Presidents, Biden has repeatedly said the US would defend Taiwan in the event of a Chinese invasion.

Meanwhile, the White House in a statement on Thursday, also confirmed the meeting between the two Presidents.

It said that Biden and Xi “will discuss efforts to maintain and deepen lines of communication” between the two nations, responsibly manage competition, and work together where our interests align, especially on transnational challenges that affect the international community.

They will also discuss a range of regional and global issues, the White House added.