US unemployment unchanged at 3.6% in May 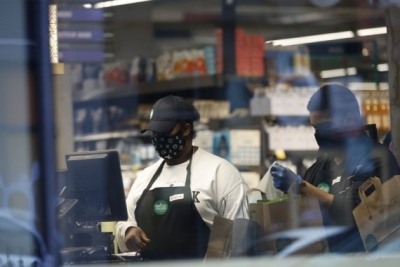 US employers added 390,000 jobs in May amid continued labour market tightness, with the unemployment rate unchanged at 3.6 per cent, the Labour Department reported.

Notable job gains occurred in leisure and hospitality, in professional and business services, and in transportation and warehousing, while employment in retail trade declined, according to the report released on Friday by the Department’s Bureau of Labour Statistics (BLS).

The April employment report showed that the labour force participation rate ticked up to 62.3 per cent, still about one percentage point below the pre-pandemic level of 63.4 per cent.

The report also showed that the unemployment rate was unchanged at 3.6 per cent in May for the third month in a row, which was slightly above the pre-pandemic level of 3.5 per cent.

Average hourly earnings for all employees on private non-farm payrolls rose by 10 cents, or 0.3 per cent, to $31.95 in April, the BLS report showed.

Over the past 12 months, average hourly earnings have increased by 5.2 per cent.

Private companies in the US added 128,000 jobs in May, with small companies cutting 91,000 employees, indicating difficulty in hiring amid a tight labour market, payroll data company Automatic Data Processing reported on Thursday.

The May monthly employment report, however, showed that the number of unemployed was essentially unchanged at 6.0 million, indicating there were approximately 1.9 job positions for every unemployed.