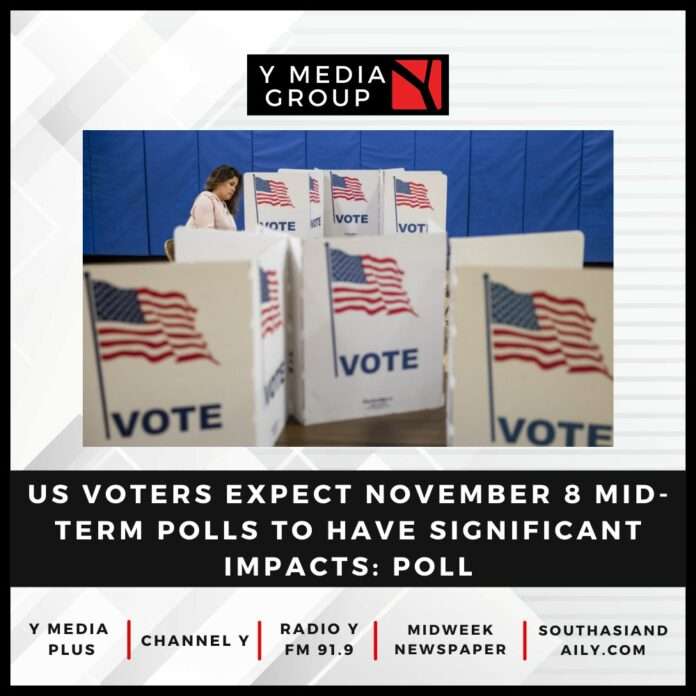 A majority of American voters are convinced the November 8 mid-term elections will significantly impact the US, according to a new poll.

More than eight in 10 registered voters consider voting in the upcoming elections to be extremely or very important, said the latest Associated Press-NORC poll released on Monday.

While majorities of both Democrats and Republicans expect the outcome to impact the country overall and the economy, Democrats are more likely than Republicans to believe the same about abortion policy, reports Xinhua news agency citing the poll.

Voters gave Democrats an edge over Republicans on their ability to handle health care and abortion policy but are more likely to trust the Republicans when it comes to the economy and crime.

About one in five registered voters don’t trust either party to handle each issue.

Seventy per cent of American voters are dissatisfied with the way things are going in the US, the survey revealed, adding that Republicans were more likely to be dissatisfied than Democrats.

Most voters also have a negative view of the state of politics in the country.

Voters are more likely to feel pessimistic than optimistic about the future of both political parties.

The nationwide poll was conducted October 6-10.

In the upcoming election, all 435 seats in the House of Representatives and 35 of the 100 seats in the Senate will be contested.

The results will determine the 118th US Congress.