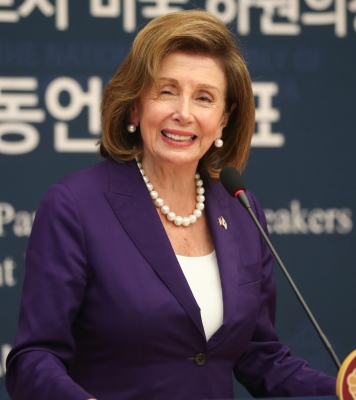 Two US Navy warships sailed southward through the strategic Taiwan Strait for the first time since a visit by US House Speaker Nancy Pelosi that was harshly condemned by China.

The guided-missile cruisers USS Antietam and USS Chancellorsville were on a “routine” mission through international waters, the US Navy’s 7th Fleet said in a statement on Sunday.

The action marks the first passage of US warships since a visit in early August by Pelosi, who led a Congressional delegation to the self-ruled island democracy.

The brief visit, during which Pelosi pledged Washington’s solidarity, drew the ire of the leadership in Beijing, who see Taiwan as a breakaway province that will be reunited with the mainland.

In response, the Chinese military held large-scale manoeuvres around Taiwan.

On Friday, Taiwan’s foreign minister, Joseph Wu, said China’s decision to conduct military drills near Taiwan was an attempt to stop the Taiwan Strait from being used as international waters.

“That kind of exercises are trampling on the status quo,” Wu said.

Taiwan has had an independent government since 1949, but China considers the democratic island part of its territory and opposes any form of official contacts between Taiwan and others.