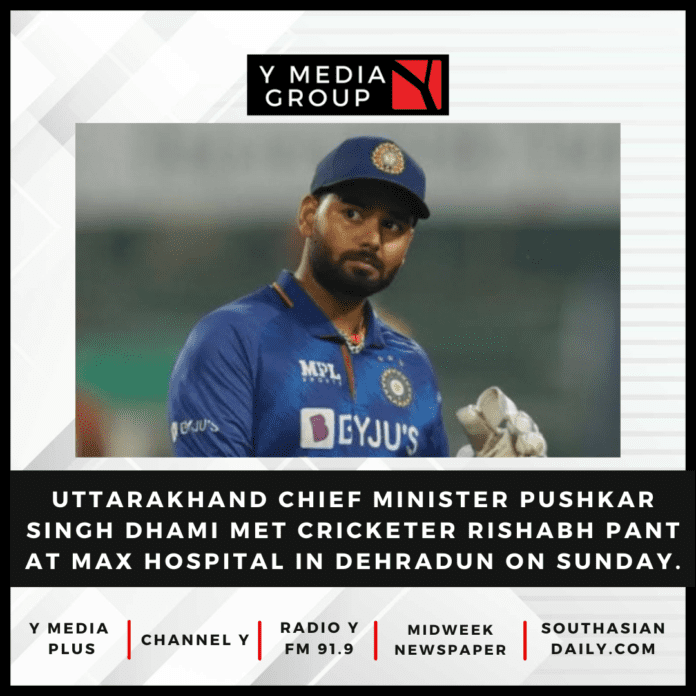 The 25-year-old cricketer had met an accident after his Mercedes car lost control while he was driving from Delhi to Roorkee on December 30.

The Chief Minister said that there is a lot of improvement in Pant’s health.

During the meeting, Pant pointed out that the cause of the accident was a pothole or some black thing on the road.

Earlier reports suggested that the accident happened because Pant fell asleep at the wheel.

Regarding his further treatment, the wicketkeeper batsman said that the decision has to be taken by the BCCI and the doctors.

“Only they (BCCI and doctors) will decide what to do,” Pant said, adding that he is satisfied with ongoing treatment and there is improvement in his health now.

Chief Minister Dhami also met the doctors treating the cricketer to enquire about his condition.

The Chief Minister later met Pant’s family at the hospital, and assured them of all support by the state government for the treatment.