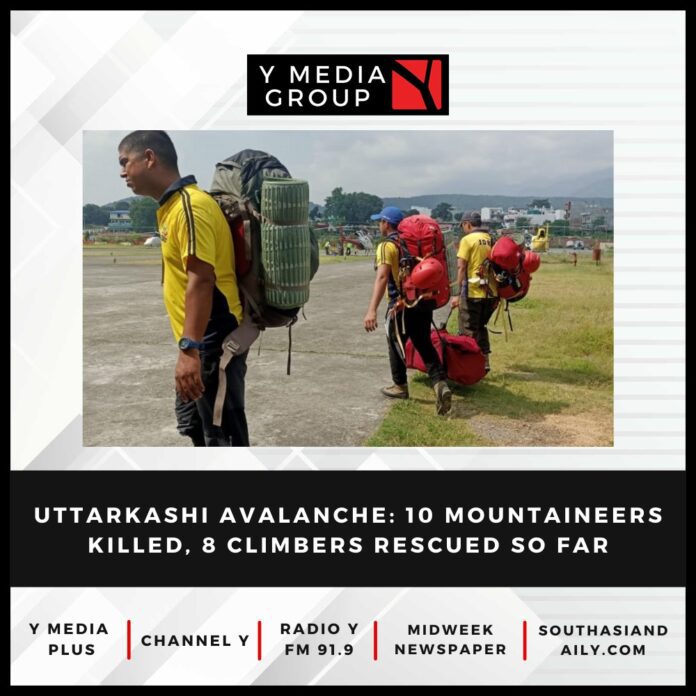 Ten trainee mountaineers have been killed while eight others have been rescued so far after an avalanche hit Draupadi’s Danda 2 mountain peak in the frontier district of Uttarkashi.

The DGP of the area has said that eight climbers have been safely rescued so far, while several others reported to be missing.

The Indian Air Force (IAF) has deployed two Cheetah helicopters for rescue and relief operations. Other helicopters in the fleet have been kept on standby for any further requirement.

The Nehru Institute of Mountaineering (NIM) had launched training for basic and advanced courses on September 22 at the Dokrani glacier.

A total of 122 people, including 97 trainees, 24 trainers and an officer of NIM, were involved in the basic training, while 53 people, including 44 trainees and nine trainers, were part of the advanced course.

Meanwhile, Defence Minister Rajnath Singh has spoken to Uttarakhand Chief Minister Pushkar Singh Dhami over the incident and has directed the India Air Force to carry out rescue and relief operations.

Simultaneously, relief and rescue operations are being carried out by the district administration, NDRF, SDRF, Army and ITBP personnel along with a team of NIM.