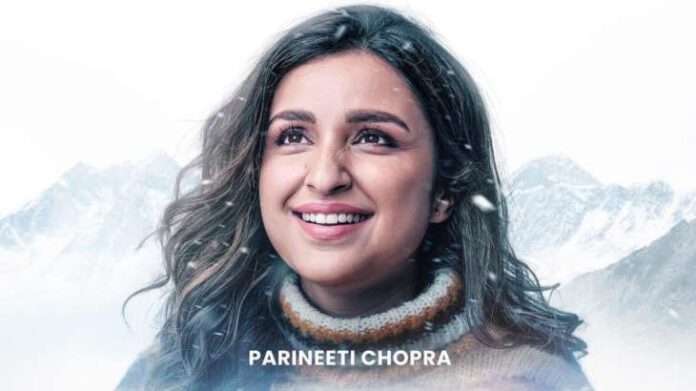 The gorgeous actress of Bollywood, Parineeti Chopra unveiled her first look from her upcoming movie ‘Uunchai’. The actress took to her Instagram handle to share the poster, she captioned it, “Extremely grateful and forever indebted to Sooraj Sir for giving me Shraddha in his #Uunchai. I grew up watching his films, and today I am starring in one. Pinch me! Catch this beautiful film in a theatre near you on 11.11.22”. Parineeti will be sharing the screen with the Big B of Bollywood for the first time and the excitement is quite visible.

In the poster determination in her eyes and confidence in her walk, she looks like a woman always on move! In the second glimpse from the character poster for Uunchai, one can see a happy Parineeti Chopra, looking up and smiling with immense happiness, with a hint of blush. The unique character posters have created a lot of curiosity and now the wait is for the trailer to know more about these characters. It is said that she plays a trekking guide in the film, the same can be seen in the first glimpse of the poster.

It was on the sets of Uunchai, where Parineeti Chopra celebrated her 10th Anniversary of being in the industry. She calls ‘Uunchai’ her ‘film school’ and has kept her fans updated on her experience via her social media handles.

Meanwhile, Parineeti was recently seen in an action thriller film `Code Name Tiragna` alongside Harrdy Sandhu. Helmed by Ribhu Dasgupta, the film got a decent response at the box office.