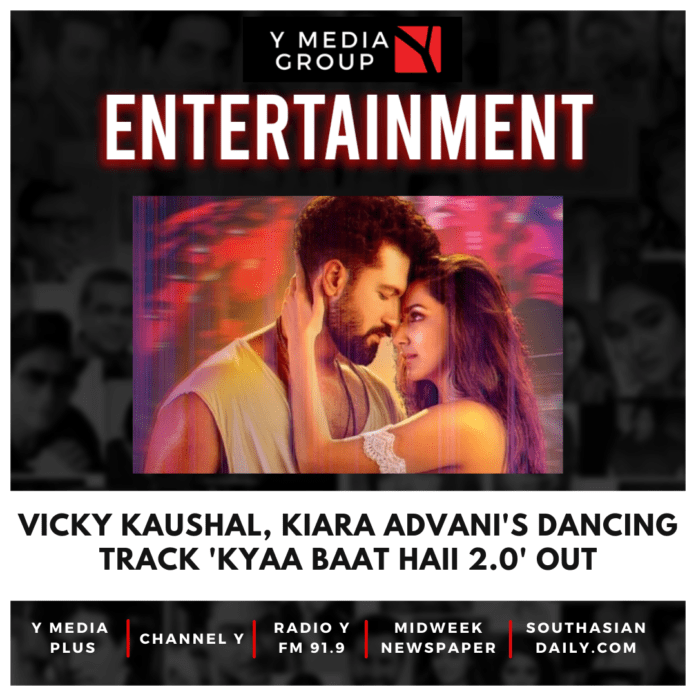 The original upbeat track is given a flirtatious touch in this new version, sung by Harrdy Sandhu and Nikhita Gandhi.

Speaking about his revamped version, Harrdy said: “‘Kya Baat Ay’ is one of my most popular and loved songs and continues to be an audience favourite. When I learned that we are creating a 2.0 version of the song, I was immediately on board and super excited. Tanishk and Jaani are magicians and Nikhita has added the right amount of glamour to the song with her beautiful voice. Vicky and Kiara deliver a whole new level of energy. I am certain both the song and the movie will receive an amazing response.”

“I am excited for the launch of Kyaa Baat Haii 2.0 and singing it along with Harrdy was a lot of fun. Vicky and Kiara make sure the video adds to how impactful and energetic the song is with their performance. I hope the audience enjoys the song,” added Nikhita.

In the new track, Kiara and Vicky are seen dancing to this pop song in stylish yet quirky outfits that fits the mood of the song and complement the attractive backdrops. The lyrics are penned by Jaani, composition by B Praak, recreated by Tanishk Bagchi with the vocals of Harrdy Sandhu and Nikhita Gandhi.

Kiara said: “I absolutely love the song Kya Baat Ay. The 2.0 version is a notch higher. Vicky, me, and the entire crew had a lot of fun while shooting for the song. Both the song and its video are super slick and catchy, the female singer has knocked it out of the park as well. I can’t wait to know your reactions to the song.”

Vicky added that by now it’s a known fact that he is an avid fan of Punjabi music.

“Harrdy has been one of the finest singers/music composers who I’ve been listening to since his early days. So, when I was told that we are reviving his track “Kya Baat Ay”, I was thrilled as this is one of my favourites.

“While the song may be known to many as it is a popular number, you shall see a different vibe to this. Kiara and I are also donning a completely new avatar to match the magic of this version of the song that has been beautifully created by Harrdy himself along with Tanishk, Nikhita and Jaani.”

Lyricist Jaani shared: “Working on this party banger was so much fun. Tanishk and I really enjoyed working together with Nikhita and Harrdy, of course, who made it sound really thrilling. The audience will love Vicky and Kiara’s new jodi dancing to this flirtatious dance number.”

Bagchi added that making this song with Jaani, Nikhita and Harrdy felt like a carnival.

“It was an absolute pleasure recording this song with them. I am sure audiences will feel the same amount of fun we felt while creating this track. Can’t wait to watch people groove on to this banger song we made !!”

Talking about the song, film director Shashank Khaitan said: “The entire team has put in a lot of effort in creating this version of Kya Baat Ay. The original song is already a people’s favourite and we’re hoping the 2.0 version also receives the same love.”

“The music video is the highlight of the song and Vicky and Kiara have performed exceedingly well. Harrdy, Nikhita, Tanishk, and Jaani are a dream team and have created another chartbuster with this one. We bet the audience won’t be able to stop saying “Kyaa Baat Haii” after seeing this one.”