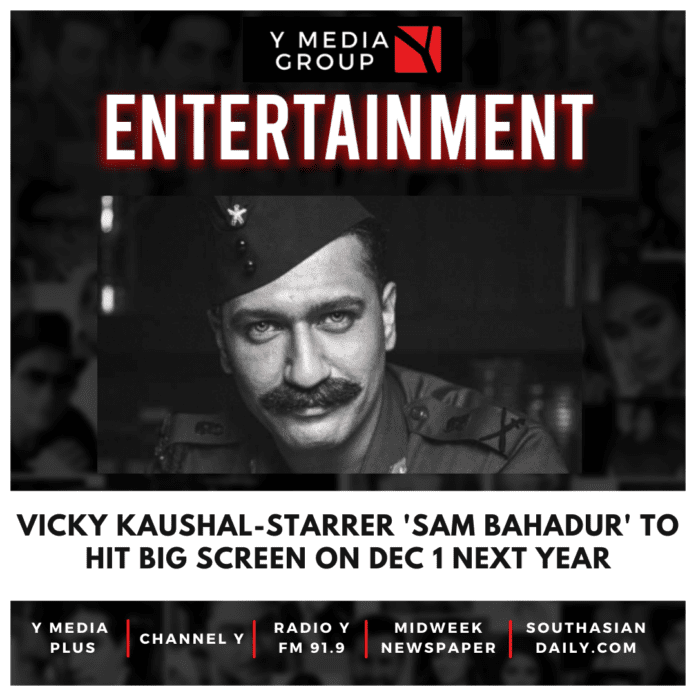 The makers of Vicky Kaushal-starrer ‘Sam Bahadur’ shared a sneak peek into the film by unveiling its teaser on Thursday. They also announced that the film will hit the screens on December 1, 2023.

Vicky took to Instagram, where he dropped the teaser of the film. In the video, the actor is seen dressed in the Indian Army’s uniform and walking amidst Army personnel, who make way for him. His face is not visible as his back is towards the camera.

The film also stars Sanya Malhotra as Sam Manekshaw’s wife Silloo and Fatima Sana Shaikh as former Prime Minister Indira Gandhi. ‘Sam Bahadur’ is based on the life of India’s first Field Marshal Sam Manekshaw, and his career in the Indian Army over four decades and multiple wars.