Will staggered paddy transplantation in Punjab, will Delhi have better air quality? 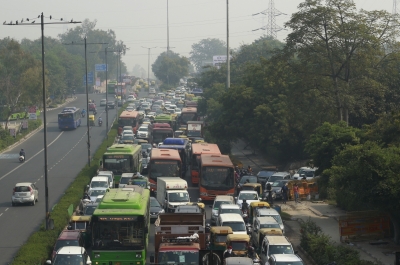 With Punjab announcing a staggered schedule for paddy transplantation, will Delhi face a relatively better air quality at the crucial harvest time coinciding with onset of winter this year?

In order to save excess groundwater extraction, for the first time, the Punjab government has declared three different dates for transplantation of paddy for different areas – June 10, 14 and 17. It has also specified timings according to the variety of rice and also the power schedule.

Every year, in October, when farmers in Punjab and Haryana start burning their agro-waste after harvesting the paddy, Delhi NCR faces an increased dose of air pollution that continues almost till mid-November.

The Delhi government always blamed Haryana and Punjab even when ample studies have established that the role of agro-waste burning in Delhi NCR’s pollution is limited to a few months and does not exceed 45-50 per cent. Delhi NCR has a vast number of its own point sources of pollution.

Asked if it was an instruction from the Commission for Air Quality Management for Delhi NCR and Surrounding Areas (CAQM), one official said: “We did not mention any of our own dates. All that we did was to ask the states to strictly follow the laid down timelines by the Indian Council of Agricultural Research (ICAR) and the Indian Agricultural Research Institute (IARI).”

So, will this step help Delhi NCR have a better quality this year?

“Given the staggered schedule, we should expect better management – both ex-situ and in-situ – of stubble. And, if that happens, we perhaps could have a better handle on the air quality in peak season,” said Sagnik Dey, associate professor, Centre for Atmospheric Sciences at the Indian Institute of Technology, Delhi (IIT-D).

Pointing out that Punjab’s step is aimed more at saving initial extraction of groundwater and won’t help reduce air pollution directly, executive director of Centre for Sustainable Agriculture (CSA), G.V. Ramanjaneyulu, said: “It cannot be a long term solution. What needs to be done along with such measures is to reduce wheat and paddy acreage plus, the government should discourage the combination of rice (kharif) and wheat (Rabi) combination.”

Only offering higher minimum support price (MSP) for crops other than rice and wheat – such as the higher price offered by the Punjab government for moong this year – he said: “The government needs to offer guarantee for that produce, only then the farmers would turn to diversify their crops.”

Crop diversification has been promoted to wean away the farmers from rice-wheat combination, which has led to both excessive groundwater extractions in Punjab and air pollution from stubble burning travelling to Delhi NCR.