With G-23 leaders on exit mode, who will challenge loyalists in Congress? 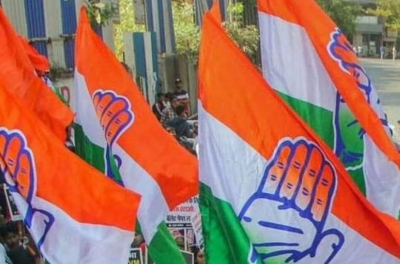 Leaders of the Congress’ G-23, which had sought wide-ranging reforms in the party, seem to be on an exit mode with veterans like Ghulam Nabi Azad quitting and Anand Sharma raising questions on electoral rolls, seemingly giving the loyalists a free run in the presidential polls with no one to challenge the official candidate.

As Rajasthan Chief Minister Ashok Gehlot emerges as front runner for the Congress President, being seen as choice of interim chief Sonia Gandhi, even as some want the return of Rahul Gandhi – with Gehlot too proposing his name, the G-23, which was understood to have made up its mind to field a candidate if no Gandhi stood, is now less likely to do so as it it is uncertain that Sonia Gandhi’s choice will be challenged.

The last time the election was conducted for the Congress President’s post was in 2000 when Jitendra Prasada has challenged Sonia Gandhi but lost.

While some G-23 leaders have left the party and some even joined the BJP while some others had distanced themselves, Azad had said that he has been forced to leave and Manish Tewari has reiterated that he is not a tenant but a shareholder in the party. However, the G-23, after exit of Azad, seems to have become rather leaderless.

Meanwhile, Congress General Secretary, Organisation, K.C. Venugopal said that the schedule for the party chief’s election has already been announced, and those who want to contest for the post should file the nomination before September 30.

A section of Congress leaders say that Rahul Gandhi should again take over as President, with Leader of Opposition in the Rajya Sabha Mallikarjun Kharge saying that this is his personal opinion, and Salman Khurshid has also expressed support for him.

Rahul Gandhi has indicated that he is not willing and instead, wants a non-Gandhi to be party President.