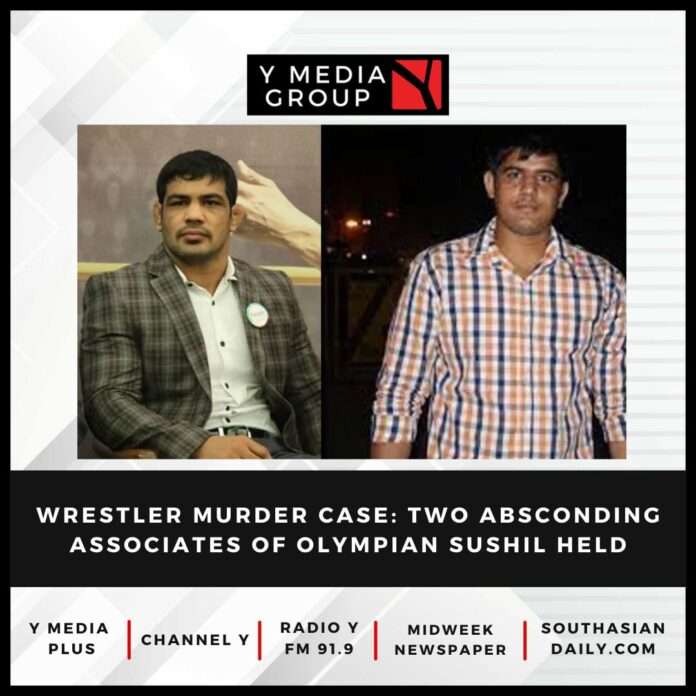 Two associates of jailed Olympian wrestler Sushil Kumar, wanted in connection with the murder of 23 year-old budding wrestler Sagar Dhankar in May 2021 but absconding, have been apprehended by the Crime Branch, a Delhi Police official said on Thursday.

Sushil Kumar, along with others, is accused of allegedly assaulting former junior national wrestling champion Dhankar, a resident of Haryana’s Rohtak, and his friends in the parking lot of the city’s Chhatrasal stadium, on May 4, 2021 over an alleged property dispute.

Dhankar later succumbed to injuries and, according to the post-mortem report, he died due to cerebral damage resulting from blunt object impact.

In October this year, a Delhi court had framed charges against Olympic medallist Sushil Kumar and 17 others, setting the stage for their trial.

Additional Sessions Judge Shivaji Anand framed charges against Kumar and other accused under various provisions of the Indian Penal Code, including those related to murder, rioting and criminal conspiracy.

“During investigation, 18 were arrested but Joginder and Dabas were at large after committing the crime. Both were hiding themselves and continuously changing their hideouts,” Special Commissioner of Police, Crime, Ravindra Singh Yadav said.

“Recently, credible information was received that two fugitives were hiding in rural areas of district Baghpat (UP). Acting on the inputs, a police team reached the Baghpat area and mounted both technical and human surveillance.

“The police team pretended to be agricultural labourers as they moved around in villages. After painstaking efforts, the police team got a clue about the fugitives and both the accused, who also tried to escape, were apprehended near village Balaini in Baghpat,” said Yadav.

“To evade arrest, both the accused stayed among the farmers at Tikri Border during the farmers agitation. After the agitation had ended, Dabas shifted to Himachal Pradesh and worked there as a labourer in a transport company while Joginder shifted to Haridwar and stayed there in different temples and Dharamshalas,” said the Special CP.

Dabas has known Sushil Kumar for the last 6-7 years and on the day of incident, he went to Chhatrasal Stadium after receiving a call from Ajay, who is a close friend of Sushil Kumar. He is also found previously involved in one extortion case registered at Shahbad Dairy police station.

The officials said that Joginder met Sushil Kumar through a common friend and they had known each other since 14-15 years.