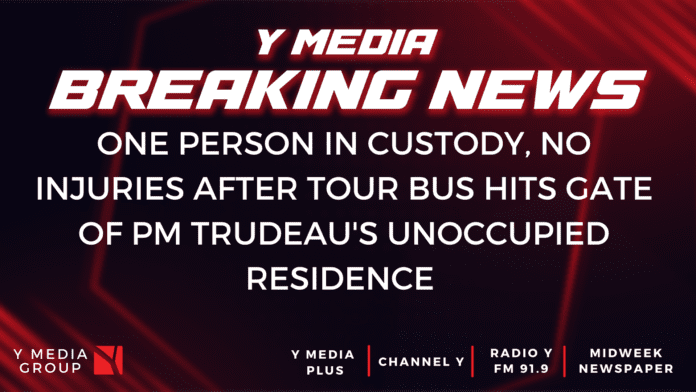 One person is in custody after an incident on Parliament Hill where a vehicle rammed the front gates on Wellington Street early this morning.

At approximately 3:30 am, an unauthorized vehicle drove into the front gates but was prevented from entering the area due to security infrastructure. The damage to the gates was minimal.

An Ottawa Police officer was nearby and immediately took the driver into custody without further incident.

The Ottawa Police Service is leading the investigation as police of jurisdiction and is working with the Parliamentary Protective Service.

The police investigation continues and charges are pending.