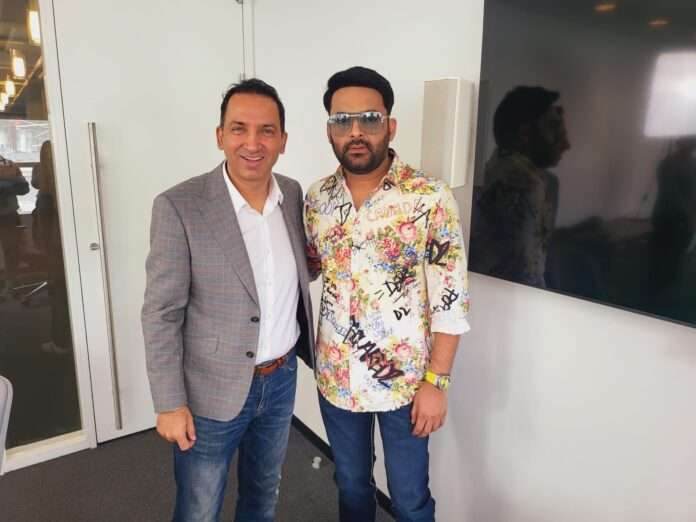 In an exclusive interview with Y Media Group Editor, Yudhvir Jaswal, the king of comedy, actor and producer Kapil Sharma talks openly about his ‘Zwigato’ movie that premiered at the 47th Toronto International Film Festival.

The film stars Kapil Sharma as Manas (protagonist) in a never-seen-before avatar. “Sharma is someone who could relate to the common man, something you get to see very much in ‘Zwigato,’ director Nandita Das tells Y Media.

Kapil Sharma tells Y Media he always wanted to work with Nandita Das as she is a visionary director. Hailing from Amristar, Punjab, India, Sharma says the character in the movie is somewhat connected to his real life as it highlights the struggles one undergoes every day. He plays a grittier, dramatic character that is a significant step away from his comedy.

According to Sharma, ‘Zwigato’ beautifully humanizes the ignored lower class. It is layered with societal elements that many of us take for granted. It also touches upon the lives of people who have been ignored, to the extent that we have entirely taken the humanity out of the equation.

Kapil Sharma thanked the audience for their support and love always and urged them to watch this movie.

The film ‘Zwigato’ is about an ex-floor manager of a factory who loses his job during the pandemic. He then works as a food delivery rider, grappling with the world of ratings and incentives. To support the income, his homemaker wife explores different work opportunities with fear and excitement of newfound independence. The film is about the relentlessness of life, but not without their shared moments of joy. It captures the lives of invisible ‘ordinary’ people, hidden in plain sight.

You can watch this exclusive interview and coverage of TIFF only on Channel Y Bell 828, Telus 2418, Rogers 857, Ignite 707 and Y Media Plus. For more information, you can also visit our website, southasiandaily.com or ymediaplus.com. Follow us on our Twitter and Facebook pages: Y Media, to stay updated with the latest events. Read our ‘Midweek’ newspaper published every Tuesday to know what is happening in Canada and worldwide.