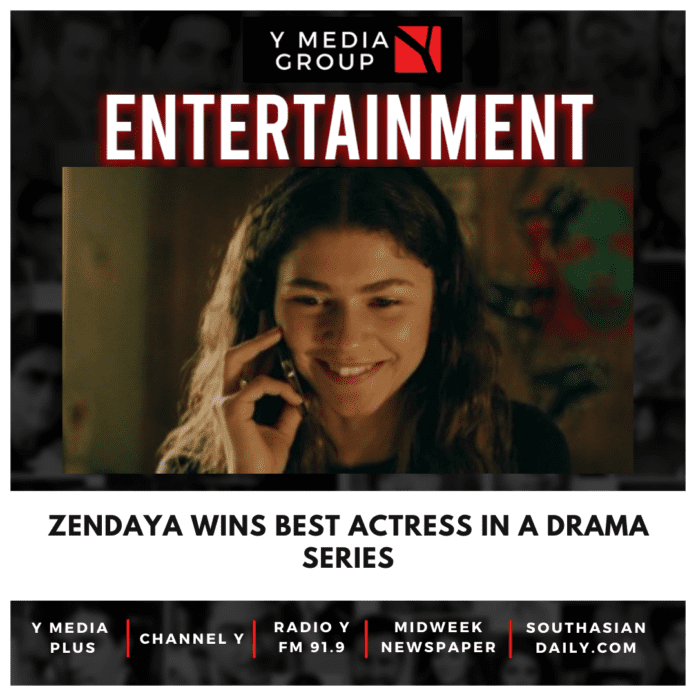 Actress-singer Zendaya was named as the Best Actress in a Drama Series for the show ‘Euphoria’.

She was nominated alongside Christine Baranski for ‘The Good Fight’, Sharon Horgan ‘Bad Sisters’, Laura Linney ‘Ozark’, Mandy Moore ‘This Is Us’ and Kelly Reilly ‘Yellowstone’.

A tweet from the 28th Critics’ Choice read: “Congratulations to @Zendaya, winner of the #CriticsChoice Award for Best Actress in a Drama Series. #EuphoriaHBO #CriticsChoiceAwards.”

‘Euphoria’ is an American teen drama television series based on the Israeli miniseries of the same name created by Ron Leshem and Daphna Levin. The series’ main character is Rue Bennett (Zendaya), a recovering teenage drug addict who struggles to find her place in the world.

Outside California, it will be filmed in New York City, Singapore, and Warner Bros. Studios in Leavesden, Hertfordshire.